Insights from the evaluation of past local area population forecasts 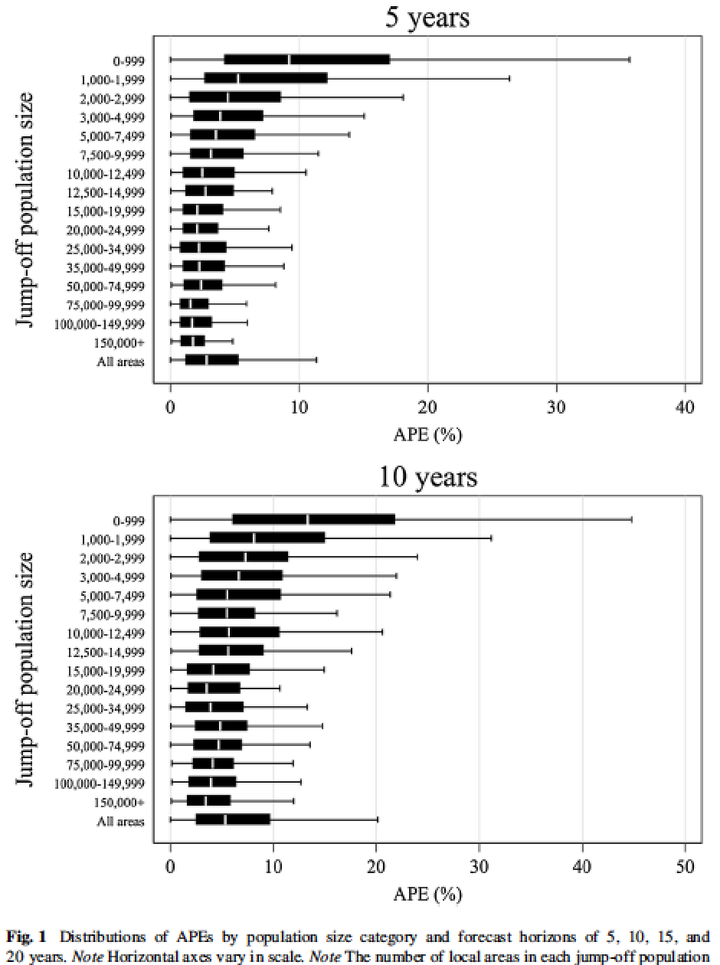 Local area population forecasts have a wide variety of uses in the public and private sectors. But not enough is known about the errors of such forecasts, particularly over the longer term (20 years or more). Understanding past errors is valuable for both forecast producers and users. This paper (i) evaluates the forecast accuracy of past local area population forecasts published by Australian State and Territory Governments over the last 30 years and (ii) illustrates the ways in which past error distributions can be employed to quantify the uncertainty of current forecasts. Population forecasts from the past 30 years were sourced from State and Territory Governments. Estimated resident populations to which the projections were compared were created for the geographical regions of the past projections. The key features of past forecast error patterns are described. Forecast errors mostly confirm earlier findings with regard to the relationship between error and length of projection horizon and population size. The paper then introduces the concept of a forecast `shelf life', which indicates how far into the future a forecast is likely to remain reliable. It also illustrates how past error distributions can be used to create empirical prediction intervals for current forecasts. These two complementary measures provide a simple way of communicating the likely magnitude of error that can be expected with current local area population forecasts.