Mobility Patterns of Overseas Human Capital in Australia. The role of a ‘new’ graduate visa scheme and rural development policy 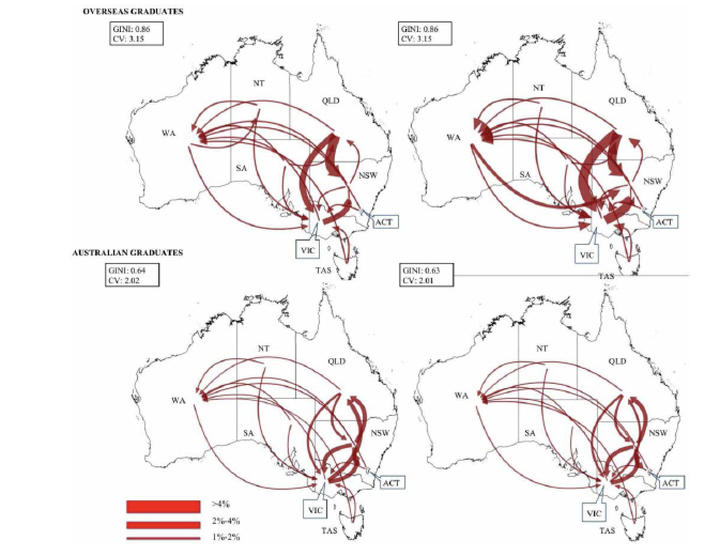 In 2007, the Australian federal government introduced a ‘new’ graduate visa scheme, the 485 visa sub-class. This visa facilitates the transition from student to worker for overseas graduates from Australian higher education institutions, with the potential to significantly increase their numbers in the country. At the same time, local governments have introduced various policies designed to attract and retain human capital in rural areas to address the shortfall of highly skilled individuals. This paper redresses the current lack of research into the spatial dynamics of overseas human capital in Australia and their relation to the new visa scheme in combination with shifts in rural development policies. Drawing on survey data of graduates describing the ‘before’ (2005) and ‘after’ (2008) periods of the introduction of the 485 visa scheme, this paper shows that the propensity of overseas graduates to move between Australia’s regions has increased substantially. In particular, there have been an increasing proportion of overseas graduates moving to major cities despite rural development policy efforts to attract human capital to rural areas. However, these policy efforts appear to have attracted overseas graduates with particular qualifications (education and health) to work in such locales.