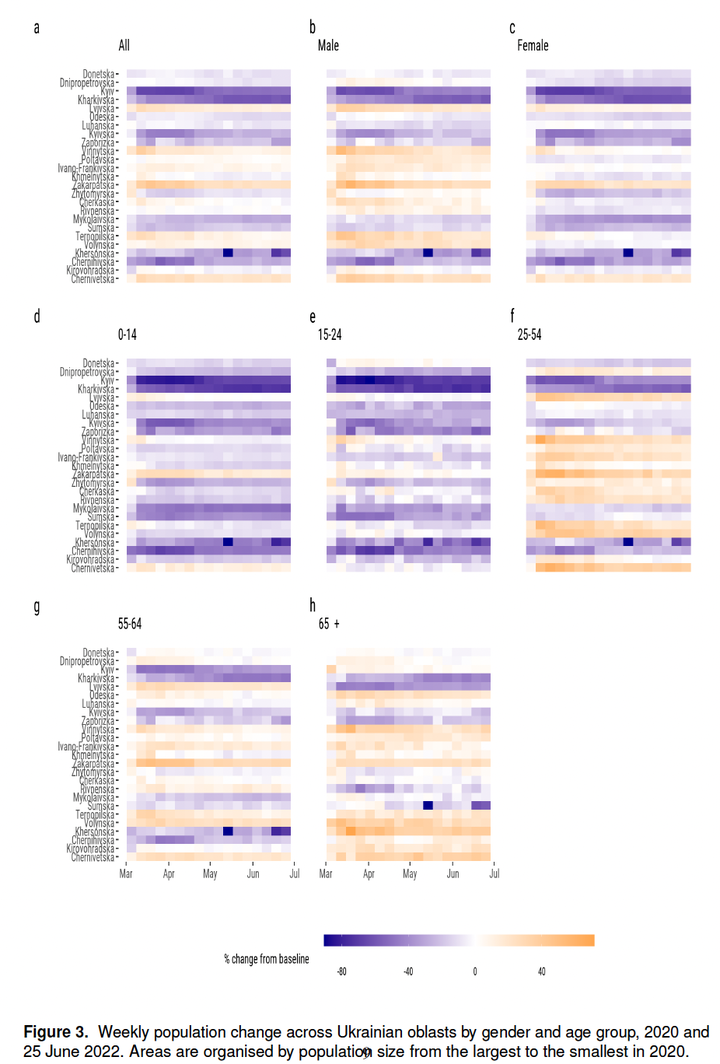 The escalation of conflict in Ukraine has triggered the largest refugee crisis in Europe since WWII. As of 17 August 2022, over 6.6 million people have fled Ukraine. Large-scale efforts have been made to collect data and measure the scale of forced population displacements, and identify the major receiving countries of these population flows. Current evidence has thus focused on providing a country level representation of the unfolding refugee crisis. Less is known about the subnational patterns of population displacement within Ukraine, and potential subnational settlement areas of the continuous flow of Ukrainian refugees in major receiving countries. Highly granular geographical data in real time are critical to these ends to ensure the appropriate delivery of humanitarian assistance where it is most needed. Drawing on digital trace data from Meta-Facebook, this paper aims to identify and assess the potential settlement areas and impacts of population displacements on the demographic and economic structures of sub-national communities within and outside Ukraine. We reveal large population losses in eastern, southern and northern Ukraine, particularly Khersonska (59%), Kharkivska (55%) and Kyiv (45%), and gains in western areas, specially in Livivska (16%). We also find reductions in female and young populations across the country, and increases in male and older populations in central and western regions. We identify likely settlement areas in some countries (Poland, Czechia, Slovakia, Hungary, Italy, Germany and Spain), noting that Ukrainian refugees are less likely to remain in countries which have recorded large refugee influxes but lack of local social networks, such as Romania and Turkey. We also reveal the potential impact of refugees moving to areas with old population structures and low unemployment. Yet, these impacts appear to differ across countries.