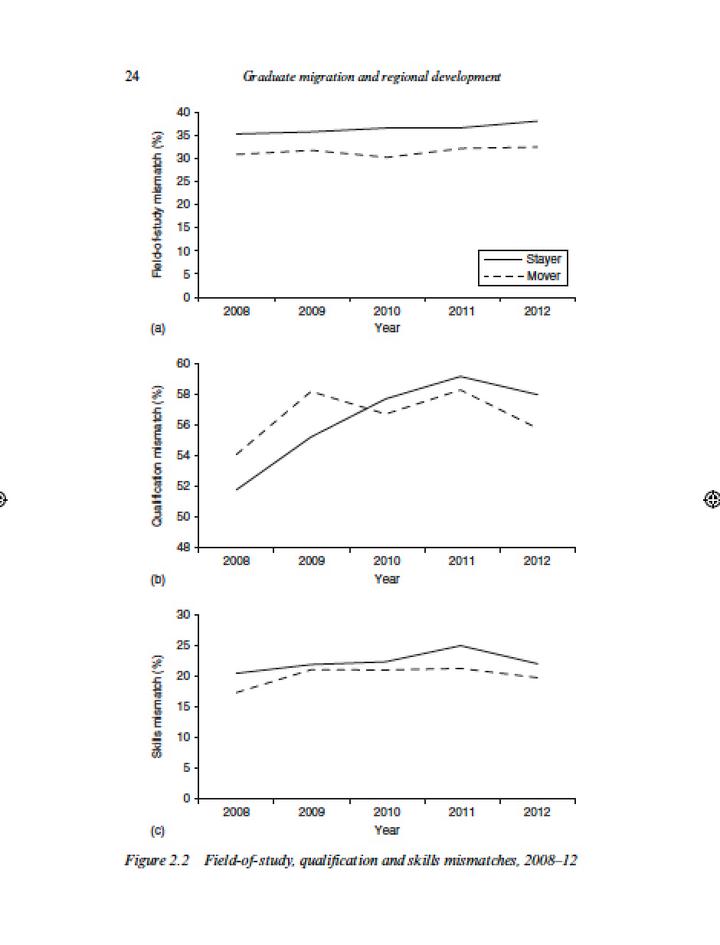 In light of pronounced and persistent labour and skill shortages in non-metropolitan areas, Australia has sought to develop and maintain a comprehensive immigration policy framework backed by development plans and policies to attract and retain overseas students who have graduated from Australian Higher Education Institutions. While prior work on overseas graduates in Australia has shed light on their employment outcomes and the individual characteristics that promote settlement outside major cities, less is known about their migration patterns and spatial redistribution following graduation. Drawing on data from the Australian Graduate Survey, this chapter explores the spatial patterns of overseas graduates in Australia between six and eighteen months after graduation. The results show that two-thirds of overseas graduates remained in Australia for employment with a particular tendency to cluster in the metropolitan areas of New South Wales, Victoria and Queensland. While Queensland received a large share of overseas students, it was the least successful in attracting and retaining overseas students after graduation. Overseas graduates were more likely to have studied in non-metropolitan locales than their domestic counterparts but were less likely to remain for employment. The clear preference of overseas graduates for employment in major cities indicates that existing plans and policies aimed at redirecting human capital to non-metropolitan areas have exerted limited influence on their migration patterns.